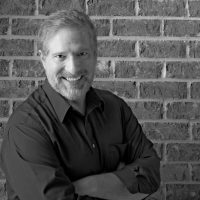 Gary is the expert on how leadership is radically changing in the 21st Century. He analyzes the best of what leadership books have to offer and writes about the critical leadership patterns discovered among the books. The process he uses is called meta-analysis, and the technique effectively examines leadership holistically. Dr. DePaul used this technique to discover the recent trend from traditional to 21st Century Leadership, which is the focus of his new book.​

He received his Ph.D. and Ed.M. from the University of Illinois at Urbana-Champaign from what used to be called theDepartment of Educational Organization and Leadership. He completed his bachelor's degree at the University of Alabama at Birmingham.

After graduating, Gary worked for organizations in departments involved in training, performance improvement, knowledge management, or quality assurance. He has held titles including manager, senior instructional designer, director, and senior manager. Organizations he worked for include:

We provide links to external websites for convenience. Learn-U does not endorse and is not responsible for their content, links, privacy, or securities policies.